Nothing in this article constitutes legal or financial advice. If you have specific questions about the content below, please consult an attorney or an accountant.

When you hire new employees, ensuring they complete a W-4 should be one of the first administrative items on your checklist. And while the IRS recommends employees submit a new W-4 each year, most employees don’t typically review their W-4s or make adjustments unless they’ve experienced a life-changing event such as getting married or having kids.

However, since the tax reform bill passed in December 2017, there have been changes that affect federal withholding. In light of this, the IRS is urging everyone to double-check their W-4 withholding amounts to confirm they’re accurate.

Read on to find out more about the W-4, how it may change in the future, and what your employees can do to make sure they’re withholding the right amount of tax from their paychecks.

Before we delve into the tax reform changes, let’s review the purpose of the W-4. The W-4 is an IRS form that your employees complete so you know how much money to withhold from their paychecks for federal taxes.

The form, which is also known as the Employee’s Withholding Allowance Certificate, is based on the idea of “allowances.” The more allowances your employees claim, the less you can withhold from their paycheck. For some examples, your employees can claim allowances if:

If your employees accurately calculate their withholding allowances, they can avoid a big tax bill when April rolls around. They can also avoid overpaying taxes, so they have more money available throughout the year.

When do your employees fill it out?

While these are specific situations in which an updated W-4 is necessary, the IRS recommends employees submit a new W-4 annually. And considering the tax reform, it’s especially important for employees to review their W-4s for 2019.

The IRS was initially planning to release a 2019 W-4 to incorporate the tax law changes that were put into place as part of the Tax Cuts and Jobs Act (TCJA). The TCJA introduced a number of changes affecting nearly all taxpayers’ returns, including:

On June 6, 2018, the IRS released an early draft of the 2019 W-4 to reflect these changes. However, the early draft was met with skepticism from the payroll and tax communities, so on September 20, the IRS announced plans to postpone major revisions of the W-4 until the 2020 version.

After reviewing the 2019 W-4 early draft, tax professionals felt it was unnecessarily complicated and created a substantial risk of taxpayers claiming the wrong allowances. In addition, they felt it required taxpayers to predict a number of tax-related items that are traditionally difficult to foresee. On top of those issues, the form raised privacy concerns.

As a result of the feedback, the IRS is planning to make only minor revisions to the 2019 W-4, meaning it will be similar to the 2018 version currently in use. For the 2020 version, the IRS will work closely with stakeholders to make adjustments that will accurately reflect changes in the new tax law.

How can you help your employees?

Because of the tax reform, your employees may need some additional guidance as they calculate their withholding. As a first step, the IRS is urging all taxpayers to do a “paycheck checkup.” They should also use the IRS withholding calculator to determine what their withholding should be. 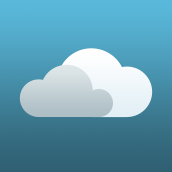 Looking for an Employee Leasing Company?